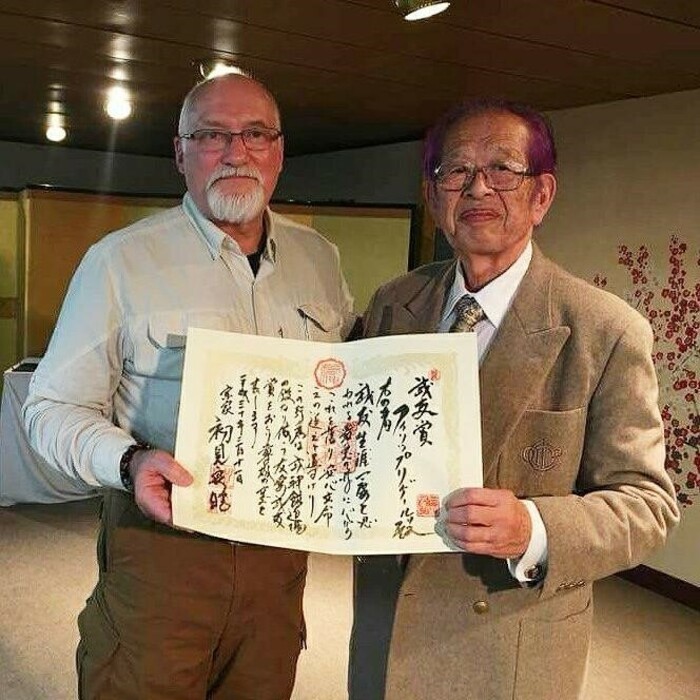 I go to Hombu to be inspired by Soke and to “keep going” as he is wont to say about life. Though experienced in actual combat, fights and competitive martial arts, I continue to study the evolution of violence and ways to counter it. Why? Because the way and the reasons people do violence to each other changes over time. Violence is dynamic, never static. Violence evolves with time, adapting to circumstance, to the environment, to changing laws, and to violence mitigation strategies. Therefore, we must also change and adapt to stay ahead of the violence curve to effectively counter violence and to keep others safe.

We should look at our historical art to discern the principles behind the waza, the weapons, the levels within a specific Ryu-ha (Shoden, Chuden, Okuden) and then the Ryu-ha (school) itself. Memorizing kata is not my goal. My focus is on the movement and the feeling behind the movement. Once the physical movement of a specific technique is understood, I try to discern the movement’s feeling and its “so what.” That movement or feeling can then be made relevant through application of modern Henka (variation). If the movement or feeling is not relevant from a modern violence perspective, I acknowledge it for its historical importance (traditional martial arts) and then move on.

I train and teach with intensity and purpose, something I learned in my 20+ years in the Marine Corps. “The more you sweat in training the less you bleed in battle” is a Marine truism. Some of the Japanese Shihan train with intention and realism, however, very few have experienced real world violence, trained seriously in a different art, fought competitively, or lived life outside Japan. Soke has said the Japanese Shihan are great in the dojo but he remains concerned for their safety when they travel and teach outside Japan. Nagato Sensei is an exception, having both fought in other arts (Judo and kickboxing) and having lived in the U.S. while studying at University and teaching Judo. Other Japanese Shihan may have life experiences that impact what and how they teach; for instance, a few have military or law enforcement experience, a few met Takamatsu Soke and a few have been Hatsumi Soke’s Uke for decades. There is still immense value in training with the Japanese Shihan. They will inspire you. They will impart their own perspective on your Taisabaki. They will refine your understanding of Budo Taijutsu. At home use that experience to influence training, movement, and purpose.Embody the essence and experience life, your martial life.

During one of Soke’s Sunday sessions at Hombu he demonstrated a number of techniques using a gun. After studying the technique I quietly suggested that the gun should be drawn and held in a different manner and perhaps even the technique should be performed differently. He agreed immediately and requested that I demonstrate what we had just discussed. Without being disrespectful I demonstrated more accurate firearms handling and a more realistic version of the technique that Soke had showed. When I finished Soke told the class, “If you want to learn real gun techniques go see Phil. He knows about real guns. I (Soke) am teaching something different. I am teaching more of a feeling of the gun, in the hope that it will inspire you to see the gun as more than just a firearm. Don’t focus on my movement with the gun, focus on the underlying feeling of my movement with the gun.” That was enlightening and was a reminder of a similar conversation a year or two earlier concerning Soke’s demonstration of a knife technique. He told the class the same thing that day (“If you want to learn real knife, train with Phil, he has real combat experience.”). After hearing it again, it finally registered - focus on the feeling, not so much his specific movement. (Note: I have heard Soke say the same about training for real with other gaijin in the Bujinkan too.) 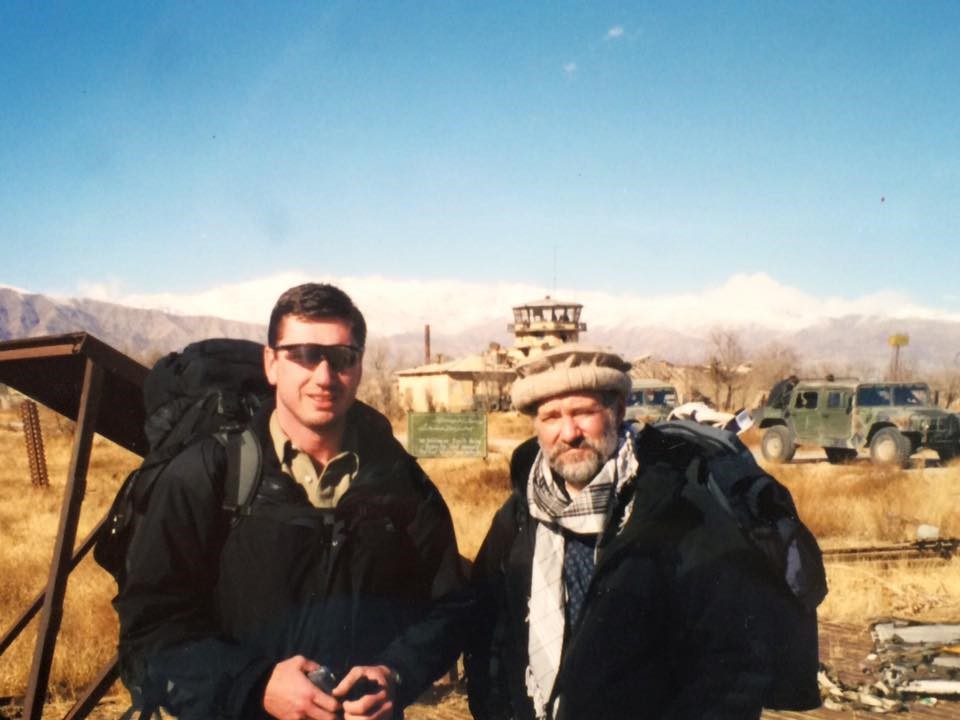 In 2018, Soke told us, “Don’t try to move like me. I am 87 years old. Unless you are 87 years old and have trained in this art as long as I have, you won’t be able to move like me, and you shouldn’t.” Soke’s point being -don’t try to imitate his exact movement. Everyone is unique and moves uniquely. This was a recurring theme that year: focus on the feeling of the movement, not the movement itself. Internalize the feeling and let the movement manifest. But (and it’s a big but) the foundational basics of Taijtusu (Kihon Happo, San Shin, Tenchijin Raku no Maki, etc) and Taisabaki (moving in a natural way) must be solid before Soke’s feeling and movements can be internalized. In other words, to create individualized Henka there must be a solid base to Henka from. Develop deep, stable anchor points in Taijutsu and Taisabaki to provide balance, structure and power to enable positioning/distancing, and timing. From that strong base strong Henka will naturally flow. Without this base, we are reduced to poor imitations of Soke. In a real situation, if an opponent attacks differently or they actually resist or fight your technique, you must be able to flow into the appropriate movement that will overcome and defeat your attacker. A firm grounding in the basics of Taijutsu and Taisabaki will enable this to happen. A shaky foundation won’t support improvisation or change. It’s as simple as that. This is the reason why I believe all Shidoshi should do the Kihon Happo, San Shin, and Ukemi as the warm up for every class, to reinforce our foundation. When asked by one of the Japanese Shihan to warm up Hombu before Soke's arrival I will usually start with the San Shin and Kihon Happo before showing any specific techniques.

Do the Kihon Happo, San Shin and Ukemi every time you train, practice it at home, look to how it can be interpreted to fit different situations. Reinforce your base, strengthen your structure. Always look for what is relevant in training. The Uke trains just as much as the Tori. Understand the principles behind the technique and translate it to a modern context (modern Henka). Acknowledge that some training may only be of historical value. Study modern violence as if your life and the lives of those you love depend on it, because some day it may very well. When in Japan, train with Soke and as many of the Japanese Shihan as you can. Focus on the feeling. Each has a unique perspective of Budo Taijutsu and each has a unique lesson to offer if your eyes see, ears listen and your heart feel. 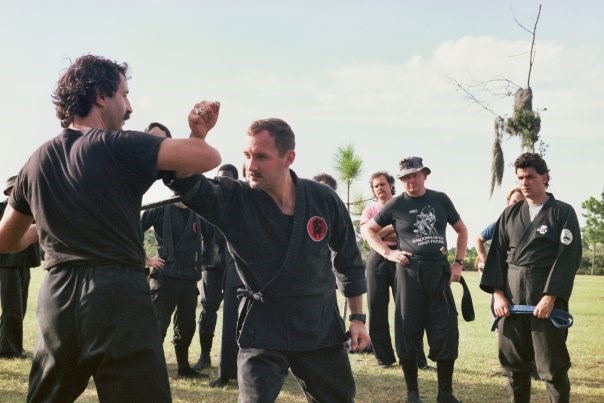 Check out our member website for the latest in training from the senior-most Japanese Dai-Shihan, myself and other recognized seniors from around the world. Nagato Sensei and Noguchi Sensei are now giving me huge support for the website and we will be releasing a ton of their video training sessions over the course of the year. We just released video of both of these Dai-Shihan on our website last week that was captured during train last October. See for yourself why we are considered the very best Bujinkan Budo Taijutsu and Shinken Taijutsu reference website in the world.