Beginnings of Martial Arts- The way it was – Part I 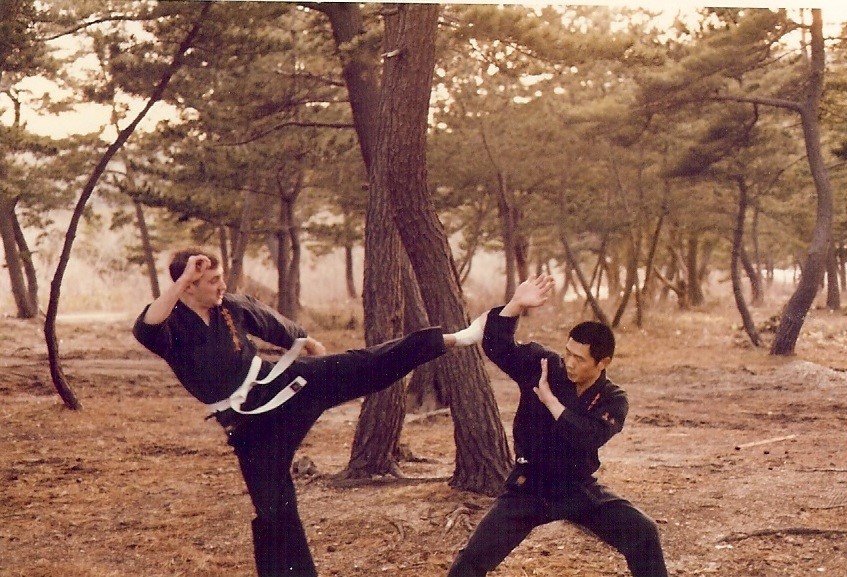 During most of the 70s and part of the 80’s I lived in Japan and Okinawa. Until ’73, Okinawa was a US protectorate and not considered “part of” Japan. After reversion, Okinawa became a prefecture of what they would call mainland Japan. Many of the Ryuku people (U’chinachu or Okinawans) believed they were more closely associated with Chinese or Koreans than Japanese. The native language of Okinawa is called Hogan and sounds very much like Southern Chinese dialects (such as Sichuan). Okinawans have a long dynastic history that parallels China. It is a fascinating island to explore. I was lucky to serve two tours of duty on Okinawa as a Marine, back when the Okinawans liked having us on their island. I got a taste of mainland Japan also in the 70s with a tour at Misawa AB, which is up in Aomori Prefecture. While Misawa is a very rural, country setting with the large dingo (apples) being one of their main products, it is indeed a very traditional Japanese social setting and quite different from Okinawa.

I had the fortune of training with truly legendary masters of martial arts in both Okinawa and Misawa. In Okinawa it was with Sato Sensei in Ryuku and Uechi Ryu. Sato Sensei was a training partner/buyu with Mas Oyama (of Uechi Ryu fame). There is a legend about Oyama that he killed a bull in Okinawa with one blow from his mighty fist. I also trained with a Chinese Taichi and Sing Ii Sifu named Okama, who taught me iron ring and the silk fan. It was a very interesting time period in Okinawa when I lived there. Viet Nam was winding down and troops were transiting home from Okinawa. Reversion had just happened and the Okinawans were adjusting to Japanese bureaucracy, much higher taxes and preserving their own self-identity as a people.

When I lived in Misawa I was lucky enough to be accepted as a student of Shoen Fukuda in Chugoku KuKempo. Fukuda Sensei was an enigmatic man. He came from a long Samurai lineage and was all too eager to show you his family heirlooms. He had a small museum in his back yard dedicated to his family’s Samurai history. He fought in several death matches, once against a swordsman empty handed. He was missing part of his calf and Achilles tendon on his left leg due to that match. According to Fukuda, after suffering the cut, he took out the swordsman’s eyes. The swordsman yielded. Fukuda also fought Bruce Lee in a competition match in Hawaii, where he knocked out the legendary Lee in just over a minute into the first round. Bruce Lee decided to stop competing after his match with Fukuda. He was also a chain smoker, a hard drinker and had connections to the Yakuza. He had also been divorced/married a number of times and had many prodigies by his many wives and mistresses. He was an interesting man to say the least. I was luck enough to be his student for several years while living in Japan and continued as his student after leaving Japan and until I started training full time in the Bujinkan.

Chugoku KuKempo, by name is identified as coming from Chinese origin. Fukuda Sensei said that it was a compilation of his trainings in Sorinjin Kempo (the guys who wear ropes for belts) and Taido (a derivative form of older Okinawan martial arts). I don’t know if Fukuda’s teacher in Taido was Shukumine Sensei himself or someone that came before him. Interestingly, Fukuda Sensei was also a student of Hatsumi Sensei’s in Budo Taijutsu in the late 60s and through some of the 70s. According to Hatsumi Sensei, Fukuda trained for a number of years and achieved the rank of Godan/Shidoshi. He also met Takamatsu Soke on at least one occasion. While I was training in Chugoku KuKempo, I asked Fukuda Sensei about Ninjutsu and if there were any legitimate teachers in Northern Japan. He said there was only one legit teacher and he lived near Tokyo. He would have been referring to Hatsumi Sensei himself, although he did not mention his name. He then showed me a very old makimono scroll on ninjutsu that had been given to him by his Taido teacher. All of us students gathered around and admired this old scroll. Fukuda Sensei did not offer much in the way of explanation and he never told us that he was secretly training with Hatsumi Sensei !! It was only after Fukuda’s passing a number of years ago that I mentioned him to Hatsumi Sensei. Hatsumi Sensei then told me that Fukuda had trained with him and that I was apparently training in Bujinkan under Fukuda starting in 1977!! Looking back, I now realize all of the suwari gata techniques I learned in Chugoku KuKempo were actually from Takagi Yoshin Ryu!! When I asked Hatsumi Sensei about the ninjutsu scroll he said that Takamatsu Sensei often gave away scrolls to those he respected in other martial arts. Possibly Fukuda Sensei was given that scroll from his Taido teacher with instructions to go train under Hatsumi Sensei to increase his understanding of this ancient martial art. Or he may have been given it directly from Takamatsu Soke. I don’t think we will ever really know.

However discrete, this was a very interesting connection between my old teacher Fukuda Sensei, Taido, Okinawa, China, Takamatsu and Hatsumi Soke. The essence of Taido can be traced back to the original Okinawa Ryu, which may have originated in China. The Chugoku KuKempo that Fukuda taught can be traced to both China and Okinawa and now to the Bujinkan, which also has a strong connection to China. Could it be that the founder of Taido (or his predecessor) met Takamatsu Soke in China and that they both brought back their arts to Okinawa and Japan after the war? If so, it would be reasonable to assume that they stayed in touch over the years after returning to their respective homes. This may explain why Fukuda Sensei ended up with one of Takamatsu’s scrolls and why he trained in private with Hatsumi Sensei.

This is the story as I remember it. Some of this is based on memory of conversations that took place more than 40 years ago. My apologies to any and all that I may have misspoken about or misrepresented. Our art is full of legend. This is one of mine. Do you have a story about your early training? Leave it in the comments below!

In my next installment, I will talk about learning how to make tea in the Chugoku KuKempo Dojo as a character builder.