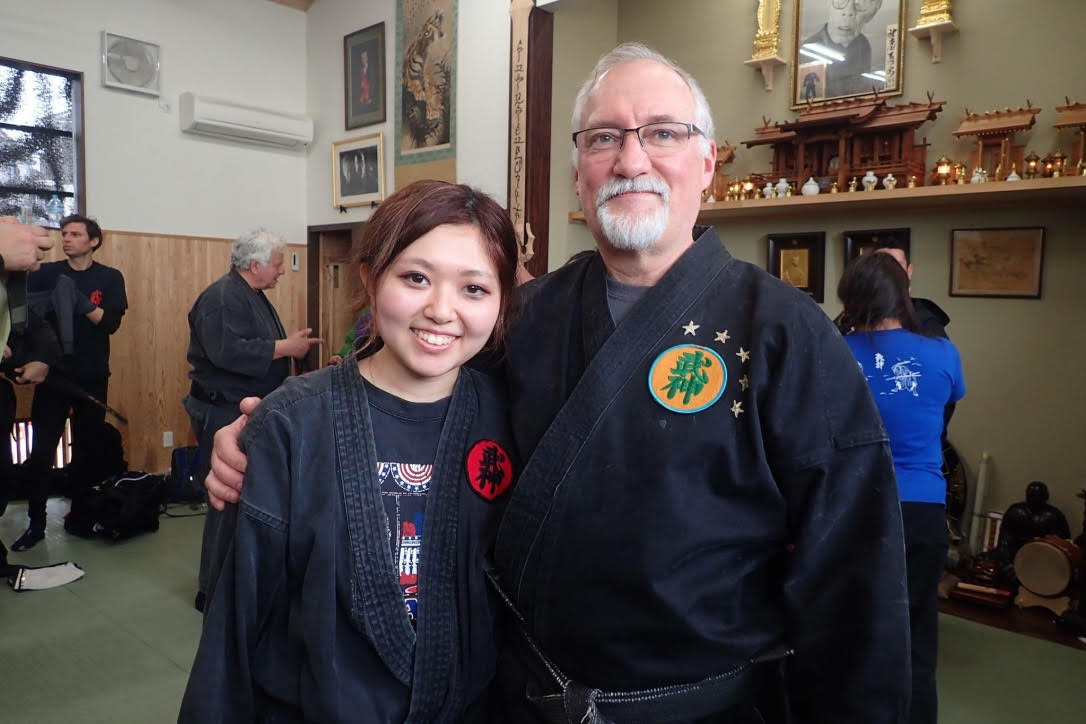 In Part 2 we looked at the cycles of life phases as a parallel to the training phases we have experienced over the last 4 decades in the Bujinkan. We noted that where you fit in that cycle of life phase timeline, could determine how connected you are to the Bujinkan basics and their relevancy. We also see a small subtext that suggests if we live in Japan our perspective on basics will be different from those who visit periodically. And we noted in Part 1 as well as Part 2, that the basics ARE still being taught in Japan, but mostly by the GEN2 and GEN3 Japanese instructors. Now we’ll look at the Japanese martial arts learning cycle (or concept) of Shu Ha Ri for another angle on the connection between basics and learning.

Shu-Ha-Ri as a Model for Learning

The process for learning Japanese martial arts can be described as: Shu Ha Ri. The starting point where we begin to learn something on the physical level, let’s say for example a straight punch or block, is called the Shu phase. This is the physical act of learning something new. Your mind is processing the instruction given by someone senior. Your body is trying to mimic either something seen or a visual of the instructions being given. You are developing muscle memory and mental picture memory of the technique. After 1,000 repetitions (give or take), we are usually able to execute the movement with less and less correction. We still have to think about the movement, so it’s not natural or automatic at this stage. However, with more and more practice we will eventually move into the next level of the learning called the Ha phase.

When we can do a physical movement correctly without actively thinking about the mechanics behind the movement, we are crossing into Ha territory. Some might call this muscle memory or conditioned training, or repetition/memorization training. At this point, you’ve repeated the movement so many times your brain (for whatever reason) starts to take a hiatus every time you do it. This is where you find yourself daydreaming of something else, reviewing your shopping list for the store later, or forming opinions about a conversation happening across the room. At this point, it’s a bit of a struggle to keep our minds in the present and on topic.

With more and more practice we get closer to executing a perfect straight punch while in a no-mind state of being, or what the Japanese call mushin. This simply means you don’t have to actively think about when and how to throw a perfect straight punch. Another example of mushin that most of us can relate to is riding a bicycle. Most of us learned how to ride a bicycle when we were pretty young. After hundreds of times on a bike, we don’t have to actively think about the mechanics of how to keep a bike upright and moving in a certain direction. We just jump on a bike and go, right? Mushin is riding a bike without thinking much about it. Mushin in martial arts is throwing a solid straight punch without thinking much about it.

Do another 1,000 repetitions while your mind is wandering and you will naturally start to instinctively understand the ‘why’ of the movement. Why it’s executed this way, what makes it strong, what makes it weak, how do deliver it, and how to defend against it. This is the ‘ah ha’ moment we feel when suddenly it all comes together. The Japanese call this in Zen language a Kensho or small enlightenment. Once we achieve Kensho with the straight punch we cross over from the Ha and into the Ri phase.

It is here in Ri where you experiment with pressure testing (fatique, faster attacks, scenario based training, etc), randori (sparring) and/or Jiyu training (free movement). After reaching Ri with the straight punch, we might park it here for a long time as we move through pressure testing experiments, absorbing natural henka that come from those experiments; all of which increases our experience and understanding and raises our training level up a notch. Once we have freed up physical and mental capacity no longer needed for the straight punch, we are ready to fill that newly vacated capacity with something new.

Moving to a new basic technique, we start the Shu-Ha-Ri learning cycle anew. Martial Arts students, at any given time, are juggling hundreds of movements in various stages of Shu-Ha-Ri. If we are not in a constant state of dynamic learning, we are either resting or stagnating. When we are stagnant too long, we stop growing and start to go backward.

Your foundation, your core, your center, that which holds you together, is where all those many years and repetitions of the basics resides. The more we practice, the more (of whatever this is) crosses into RI and becomes Mushin. Mushin resides deep in the brain, possibly in the subconscious, and possibly where memories are stored. I will write more about this area of the brain and its relation to survival instincts in a later article. Arguably, everything comes from that center, but it’s a 2-way path. Everything points back to the center too. Stay centered. Practice your basics. Sayaka Oguri taught us that her Father, Oguri Sensei practiced the basics every single day of his life, even on his death bed in the hospital. He thought doing basics was the most important part of training, period. Oguri Sensei is one of the finest examples we have in the Bujinkan of the importance of basics. I believe we should follow his example, no matter how senior we are.

A final thought on training. None of us will learn everything in the martial arts. There will always be more. That doesn’t mean we stop trying to learn as much as we can. However, don’t sacrifice learning the basics, or learning something all the way to RI, just to learn something new or cool. Dai-Shihan Nagato said the following a number of times at his training over the last few years. “You don’t have to win (the fight), just don’t lose.” To me that speaks to his other comment about all you need are the Kihon Happo, San Shin, and Muto Dori to fight. Don’t try to learn it all. Don’t become a collector of techniques, just to collect them. If you study techniques, study them all the way to RI. Don’t stop at SHU and go to the next one.

Feel free to send me your feedback, critiques, and if you have questions. Please check out our website: www.takaseigi.com. Subscribe to see over 650 searchable, 2-3 minute video clips of Hatsumi Soke and the Japanese Dai-Shihan teaching in Japan.

Dai-Shihan Legare started his training in the Bujinkan in 1977 in Aomori, Japan. He hosted Hatsumi Soke for three US Taikai (93, 98, 01), the recipient of 4 Bujinkan Gold Dragon Awards, awarded menkyo kaiden in Shinkengata (real combat fighting), received the Bufu Ikkan lifetime achievement award for martial arts excellence, and is the only recipient of the BuyuSho award from Hatsumi Soke recognizing his benevolent warrior spirit. Additionally, he is a combat veteran having spent more than 44 years of combined service in the USMC and the Department of Defense. Joanne Legare, Phil’s wife and also a Dai-Shihan in the Bujinkan often co-teaches at his seminars, is also the recipient of a Gold Dragon Award. Phil and Joanne lived in Japan off and on for many years. Phil is recently retired and they both now reside in Hawaii where they teach Budo Taijutsu and modern self-defense.